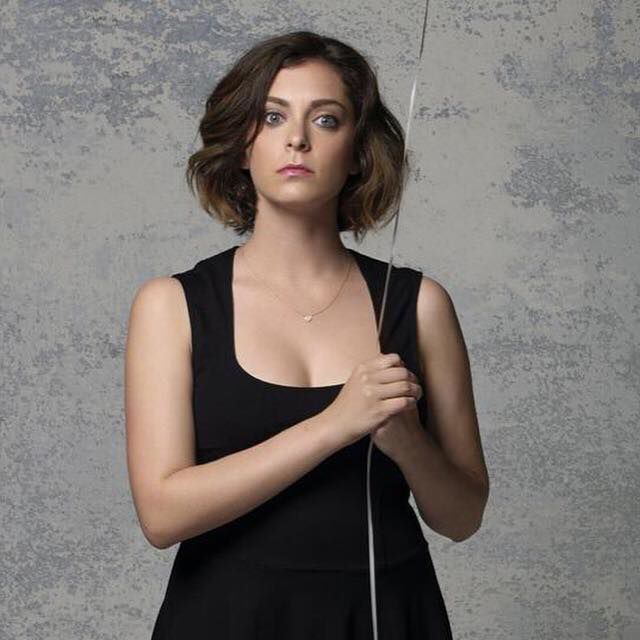 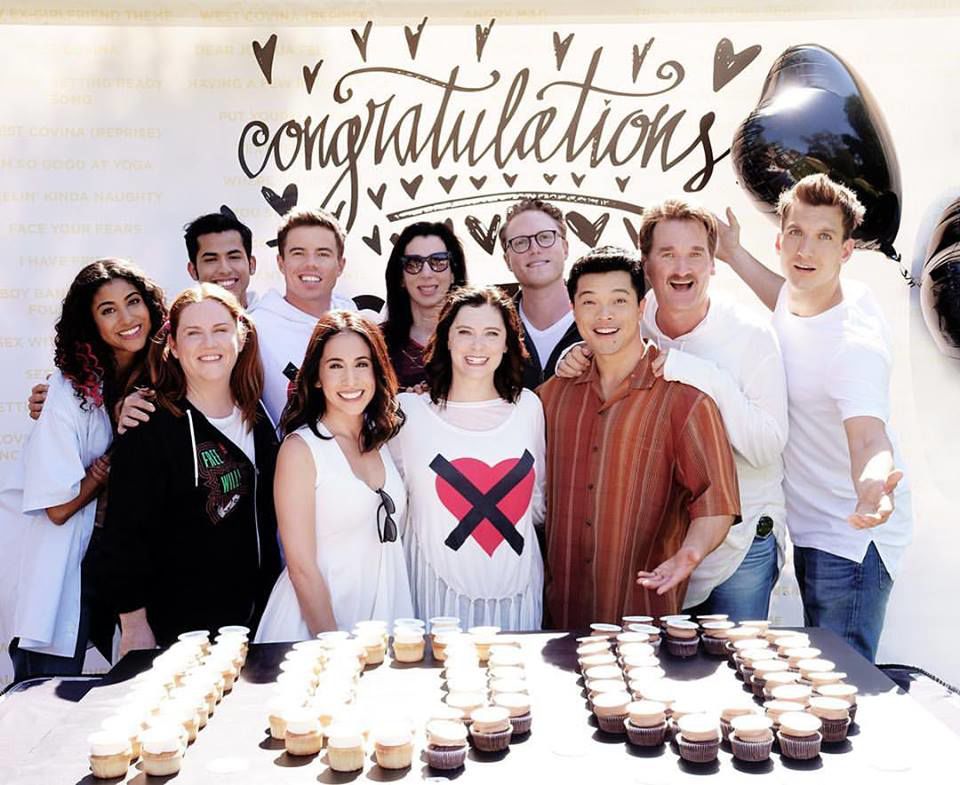 The cast of  Crazy Ex-Girlfriend.

The cast of  Crazy Ex-Girlfriend.

I must confess that I knew very little about actress/singer/producer Rachel Bloom until she was booked to perform at the Just For Laughs Festival and the two ladies of the house were first in line to buy tickets for the kickoff to her What Am I Going to Do With My Life? Tour. You see, they are gigantic fans of Bloom’s CW musical dramaedy Crazy Ex-Girlfriend, which she co-created and executive produced alongside Aline Brosh McKenna.

Earlier this week I decided to do some Bloom-binging. First I caught a few episodes of the TV show, in which she plays Rebecca Bunch, a Harvard- and Yale-educated real estate lawyer who quits her job instead of being named a partner of her firm and decides to move to West Covina, California. Why? Because she has just run into Josh Chan, her teenage crush at summer camp who tells her he is headed back to his hometown. I intend to finish the series, which has now completed its four season run after winning a Golden Globe and two Emmy’s. I also devoured endless video interviews with her and then following her appearance at the Howie Mandel Gala at the Place des Arts I got to meet her at the stage door. At this point I was ready to secure a ticket for her show to join my family members, confident I would get most of the jokes.

Bloom is actually hot off the heels of sold out performances at Radio City Music Hall in New York City and The Palladium in London – the latter of which earned her a five star review from The Guardian. Fans are treated to songs from  Crazy Ex-Girlfriend plus solo performances which showcase Bloom's outstanding stand-up and original material. There is one more show at Le Gesù on Bleury on Saturday night July 27 at 7 pm. And yes, my wife and daughter did get to meet her in person after the program. She came out eating a pretzel, presented to her by a fan. Pretzels figure very much into the script of the show. “I like the Montreal bagels,” she told us.

Bloom got a well-deserved ovation as she hit the Gesù stage. She recalled first coming to Just For Laughs seven years ago as part of the New Faces of Comedy series. Now she is back as a mega-star!

A complete ball of energy, she joked and sang for an hour and 20 minutes.  She even played piano, later accompanied by Jerome Kurtenbach. Yes, there is some profanity in her act, but you cannot help but love this girl. This was clearly a Crazy Ex-Girlfiend audience. At one point she told the crowd that she is married in real life (to comedian Dan Gregor, seen on the show as Dr. Roth) and for Crazy Ex-Girlfriend she had to learn what it was like to be single again.

I would like to suggest that one of Montreal’s Jewish organizations invite Bloom to be their guest performer. She could kick things off by singing her snappy song Judaica, an electro-inspired jam about how when Jews travel, they always end up shopping for Judaica. It is all part of her hit 2013 Hanukkah comedy album Suck, It Christmas!!! She co-wrote the songs with her husband and Jack Dolgen.

For her performance as Rebecca Bunch, Bloom won the 2016 Golden Globe for Best Actress in a TV Series – Musical or Comedy, Critics’ Choice Award for Best Actress in a TV Comedy and TCA Award for Individual Achievement in Comedy. In addition to other Golden Globe, Critics’ Choice and TCA Award nominations in further seasons, she is also a four-time Emmy nominee for both the songwriting of Crazy Ex-Girlfriend and her past writing work on the Adult Swim sketch series Robot Chicken. In 2018, she starred in the SXSW comedy, Most Likely to Murder. She recently voiced the role of Batgirl in Batman vs. Teenage Mutant Ninja Turtles and joined the cast of Angry Birds 2, to be released later this year. Her guest star credits are numerous.

The Just For Laughs Festival concludes on Sunday night, July 28. There are plenty of shows to see and take a walk on St Catherine Street at the Quartier des Spectacles. You can see free shows, enjoy plenty of food, visit promotional kiosks and find fun games for the kids.

For tickets by phone, online or in person call The Just For Laughs Box Office at514-845-2322 or log on to hahaha.com