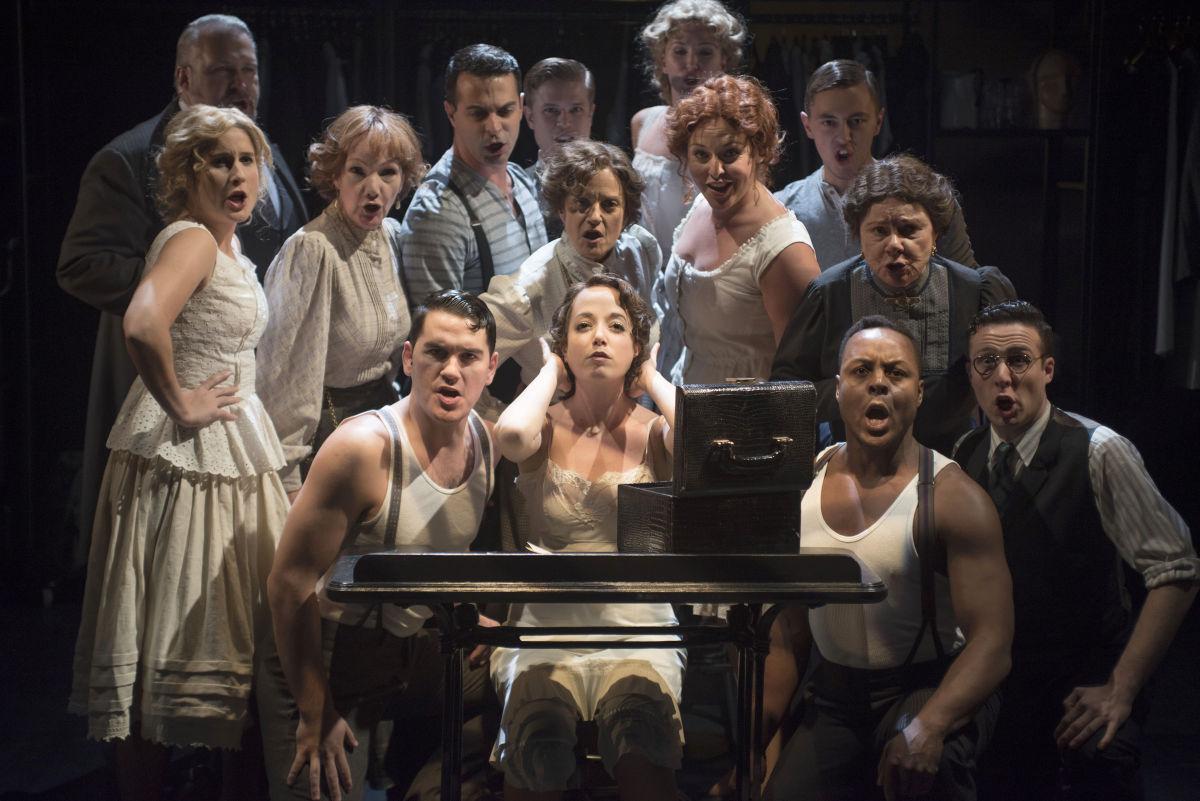 The Segal is reviving this play that first appeared 51 years ago and brought a young Barbra Streisand, in the role of Fanny Brice, to stardom. 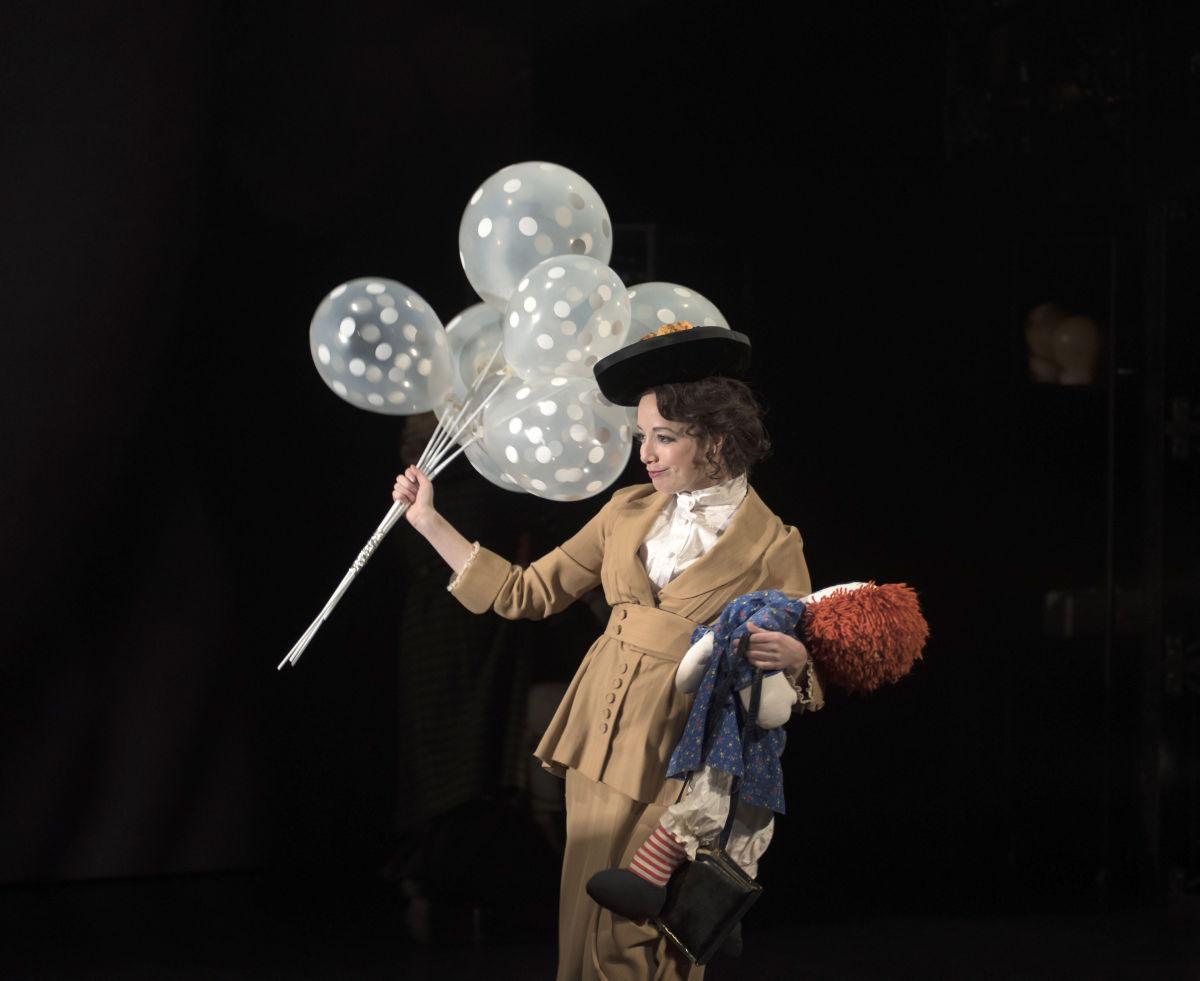 Although Streisand put her stamp on the role, Gabi Epstein brings her own top-notch awesome interpretation to the part.

The Segal is reviving this play that first appeared 51 years ago and brought a young Barbra Streisand, in the role of Fanny Brice, to stardom.

Although Streisand put her stamp on the role, Gabi Epstein brings her own top-notch awesome interpretation to the part.

If I were you I would get my fanny over to the Segal Centre to see Funny Girl, the semi-autobiographical tale of Fanny Brice. Funny Girl is a stunning, poignant musical about one of Broadway’s biggest stars. From a gawky Brooklyn teen pushing her way into show business to becoming the toast of New York in the 1920s, to the falling apart of her personal life, the engaging musical is loaded with superlative tunes including People and Don’t Rain on My Parade.

The Segal is reviving this play — with music by Jule Styne, lyrics by Bob Merrill and book by Isobel Lennart — that first appeared 51 years ago and brought a young Barbra Streisand, in the role of Brice, to stardom. Although Streisand put her stamp on the role, Gabi Epstein brings her own top-notch awesome interpretation to the part. Epstein is endearing as Brice. She can act, sing, mimic and clown à la Streisand and she can even roller skate as well as Streisand.

The play revolves through flashbacks as Ziegfeld Follies-star Brice reflects on her life while awaiting the release of her husband, entrepreneur and gambler Nicky Arnstein, from prison. John Ullyatt is dynamic as Arnstein. Playing an elegant, handsome, slick, devious character, he still wins our sympathy with his effortless singing and acting.

The curtain rises on Brice in her dressing room. While preparing to go on stage, she looks back on her past. As a young girl she imagines rising out of nowhere and having a radiant future in showbiz. However her widowed mother (exuberantly played by Corrine Koslo) and her mother’s friends, insist that If a Girl Isn’t Pretty she has no chance of making it. Fanny tries to prove them wrong, with a rousing rendition of I’m the Greatest Star.

Eddy Ryan, a vaudevillian hoofer (energetically played by Kyle Golemba) sees the potential in Brice, befriends her and gets her a gig singing in his musical revue. Worrying that she’ll forget them when she’s famous, Eddy, along with Mrs. Brice, wonderfully lament, Who Taught Her Everything?

Securing a part in the Ziegfeld Follies, Brice, in what is supposed to be a straight forward portrayal glorifying a bride, instead turns it into a hilarious spoof. Here is where Epstein displays her comic ability. She further exercises her funny side in Rat-Tat-Tat-Tat Drill, featuring soldiers that recalls World War I. Both these numbers were show-stoppers bringing the audience to their feet.

When Brice and Arnstein fall in love they declare their mutual feelings in the tender ballad You Are Woman, I Am Man. Overlooking his shady past, Brice decides she’ll still marry him. After living the high life, things start falling apart for Arnstein. A deal collapses and he loses all of his and her money and then after taking part in an illegal bond sale he ends up in prison for embezzlement.

Coming back to the present, Arnstein arrives at the theatre after being released from prison, and he decides it would be best for Brice if they separated. Though devastated, Brice is heart broken but the show must still go on and the musical ends with her singing Who Are You Now?

After an electrifying first act, the second act could not compete and I would have preferred a finish with much more oomph to it. Perhaps with a reprise of Don’t Rain on My Parade.

The direction by Peter Hinton is creative and imaginative. Using a cast of 18 quality performers, Hinton has transported us back in time to Broadway and vaudeville’s finest hour. With minimal staging, Michael Gianfrancesco has brilliantly been able to utilize and shift around the same props for many of the scenes.

Admitted, the plot is sometimes corny, schmaltzy, old-hat and sentimental. Yet, the funny thing about Funny Girl, after all these years, its still first-rate entertainment and people who see Epstein as Brice are the luckiest people in the world.

Funny Girl continues at the Segal Centre until November 8. For info, visit www.segalcentre.org