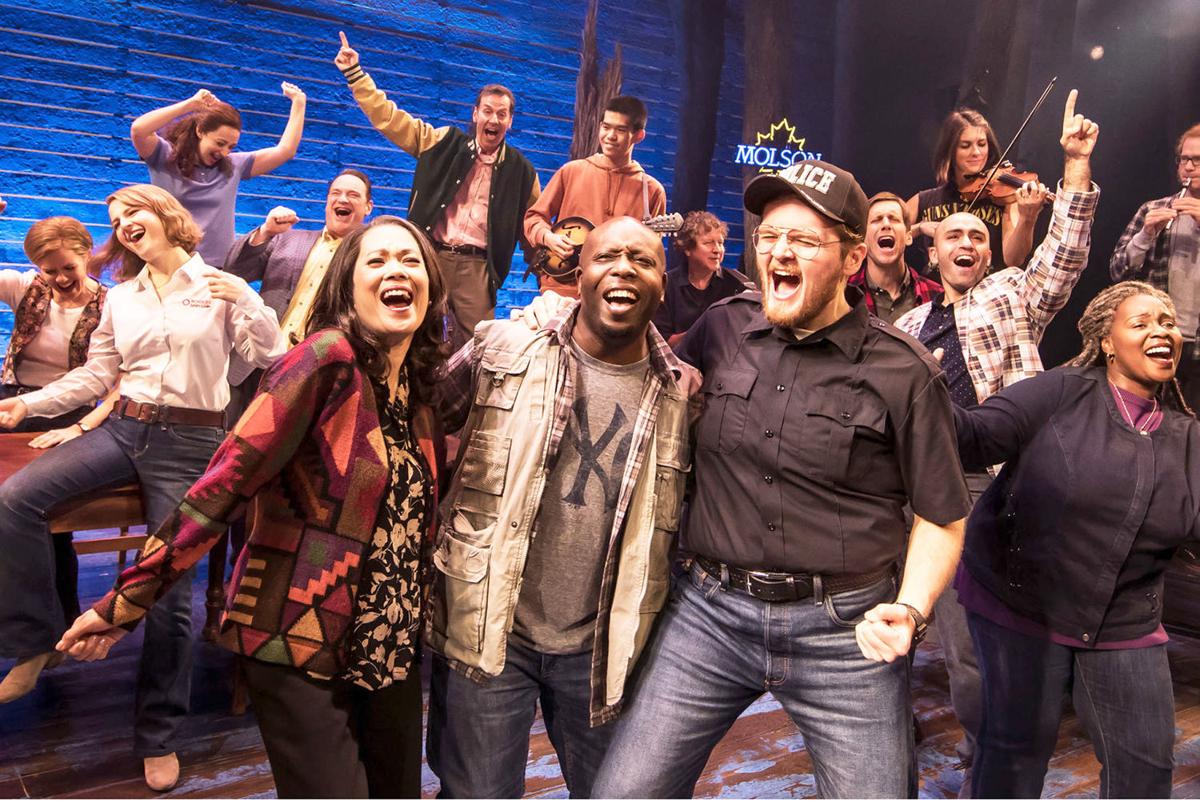 The touring cast includes James Earl Jones II (centre), whose famous and much older namesake is a third cousin. 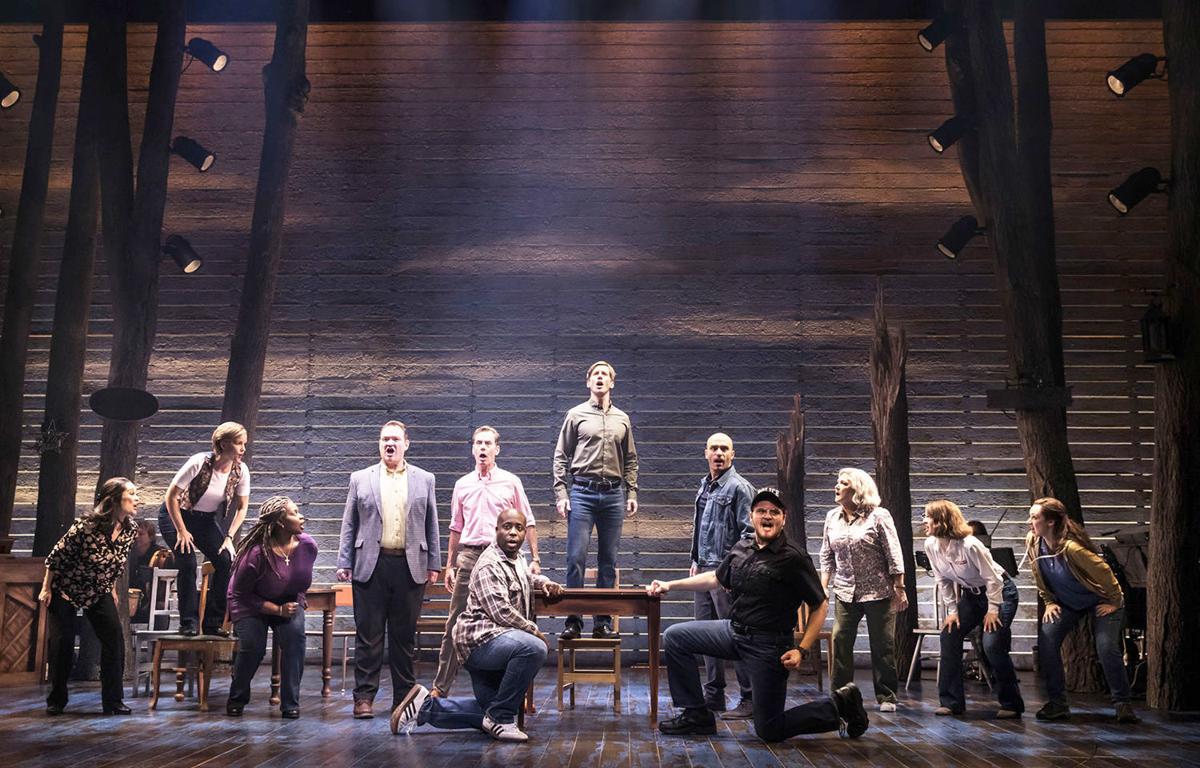 Come From Away was created by the Canadian husband-and-wife duo of Irene Sankoff and David Hein.

The touring cast includes James Earl Jones II (centre), whose famous and much older namesake is a third cousin.

Come From Away was created by the Canadian husband-and-wife duo of Irene Sankoff and David Hein.

The Montreal premiere of the Tony Award-winning musical Come From Away, that tells the often-forgotten story of the 38 planes that were diverted to Gander, Newfoundland on September 11, 2001, will hit the Place des Arts stage Nov. 26 to Dec. 1.

While the tragedy of 9/11 does not sound like the most uplifting premise for a musical, the show’s creators refer to it instead as a story about 9/12 and the days that followed. Come from Away, to put it simply, is a 100-minute musical celebrating human empathy and kindness. It goes straight without any intermission.

This North American touring version of the show has been on the road for just over a year. In a telephone interview with The Suburban, James Earl Jones II says he and his fellow cast members are particularly proud to be bringing this true Canadian story to Montreal.

“It is not easy or affordable for everyone to travel to New York or even Toronto, where it is also playing,” said Jones, whose famous and much older namesake is a third cousin. “We have now performed in four cities in Canada and the crowds went absolutely wild. We are telling a story that celebrates Canadians in the most amazing way!”

A review in the Vancouver Sun stated: I expected the show to be spectacular. It’s not. It’s better.”

The small town of Gander nearly doubled its population, turning itself upside down to accommodate the 7,000 visitors, many of whom spoke different languages and came from different cultural backgrounds. Come From Away features an ensemble of actors who work together to tell this deeply moving story. Each performer plays multiple roles, and they transition seamlessly from Newfoundlanders to the people on the planes.

Jones himself admits that before being cast in the show he had never heard about Gander, nor this true story.

“We met all of our counterparts when we opened the tour in Seattle,” he says. “It was pretty amazing. Every city we’d go to people would ask if we’d been to Gander. I felt sad about that so last July I decided to go during my one week vacation.”

Jones said he was picked up at the airport by police officer Oz Fudge and then stayed in the spare room of Gander resident Beulah Cooper. Both are depicted in the musical.

“I don’t know that I will ever meet an entire group of people as open and as wonderful as the ‘Come From Away’ community,” Jones said. “It’s a bigger thing, it’s a bigger family.”

Come From Away was created by the Canadian husband-and-wife duo of Irene Sankoff and David Hein. They wrote the show with only 12 cast members in mind, each taking on a multiple of roles. There is no orchestra, only an eight-piece band playing some unusual instruments like Uilleann pipes and bouzouki. The show focuses on telling true stories through dialogue and songs that audiences will not be able to get out of their heads.

There are eight shows over six days, including two weekend matinees. For ticket information go to www.evenko.ca