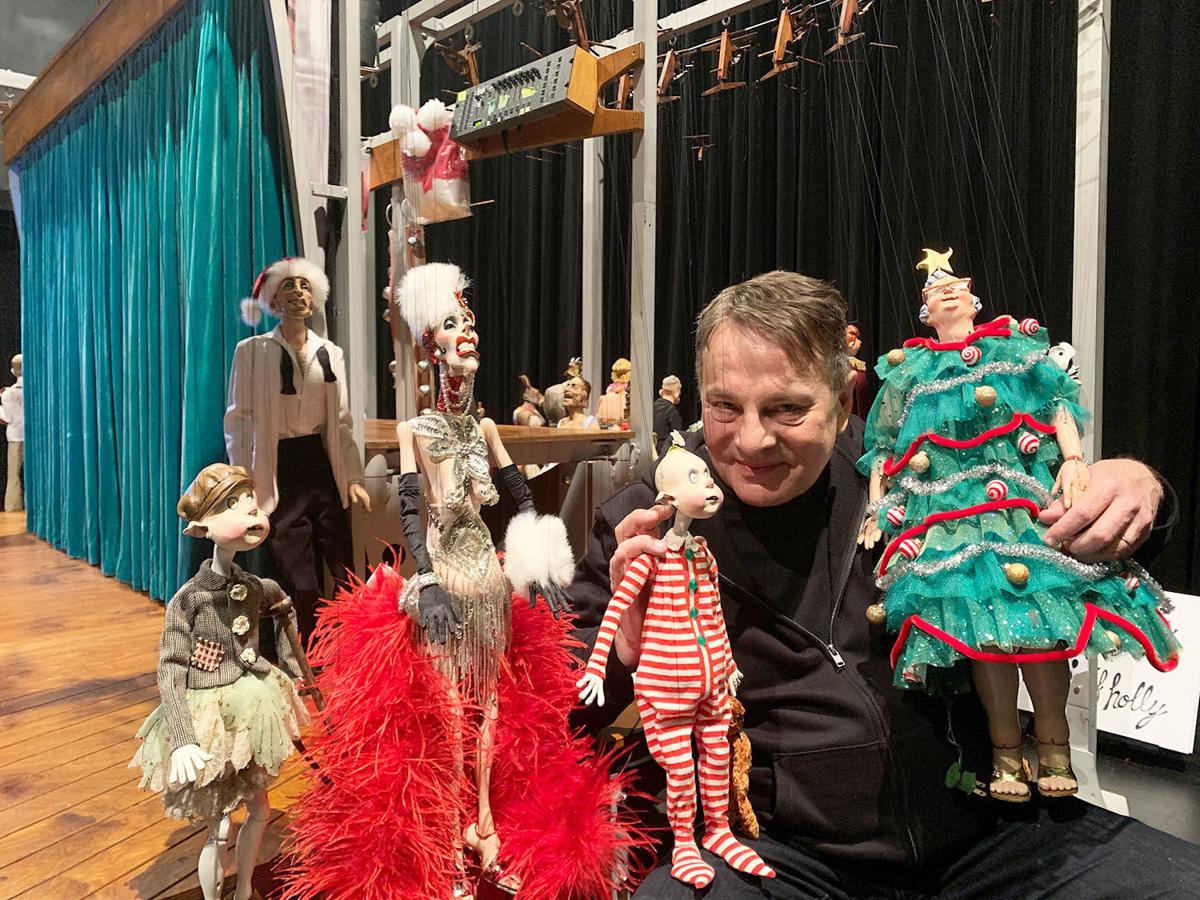 Ronnie Burkett with the cast of Little Dickens, which is loosely based on Charles Dickens’ A Christmas Carol. 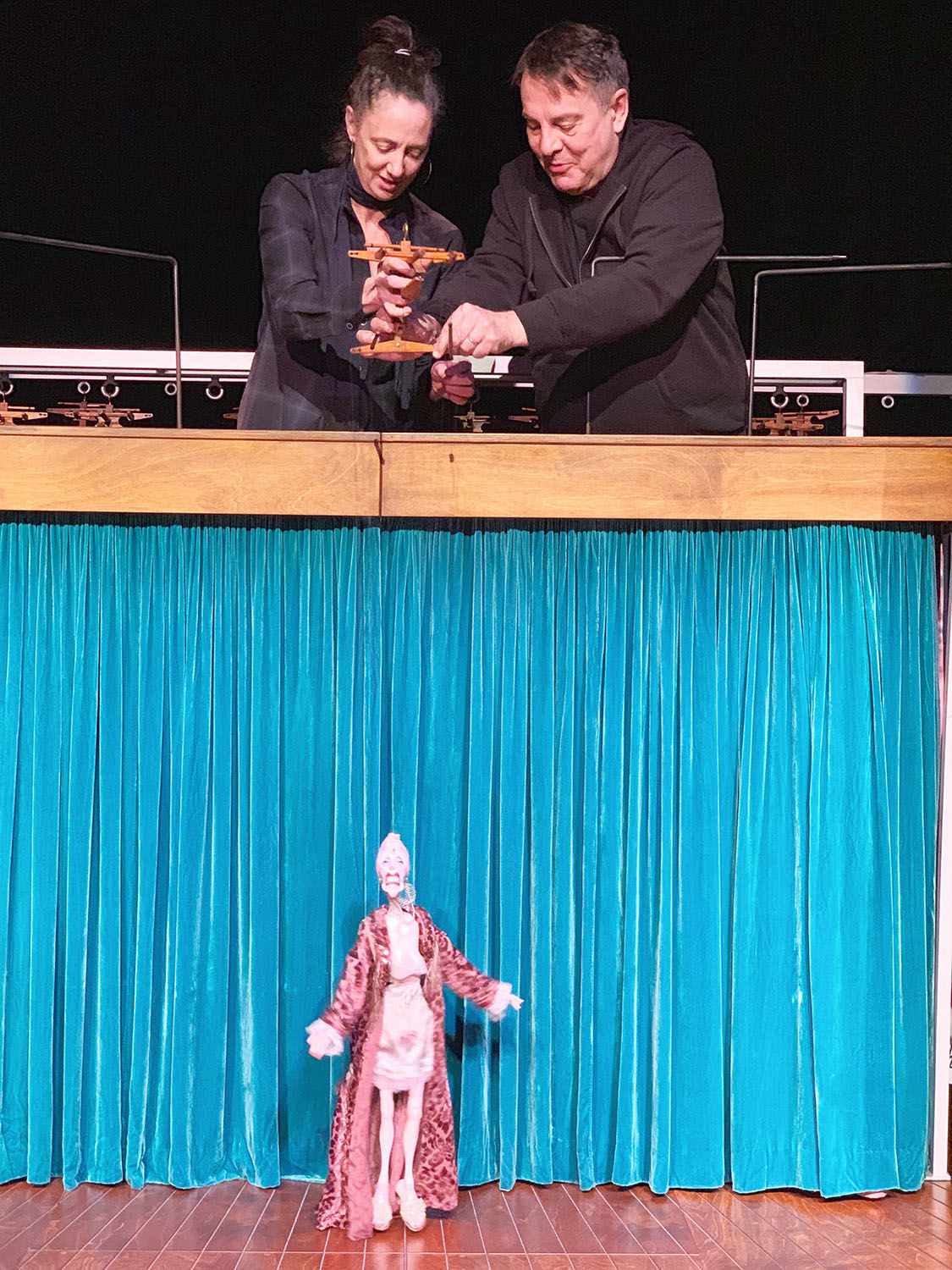 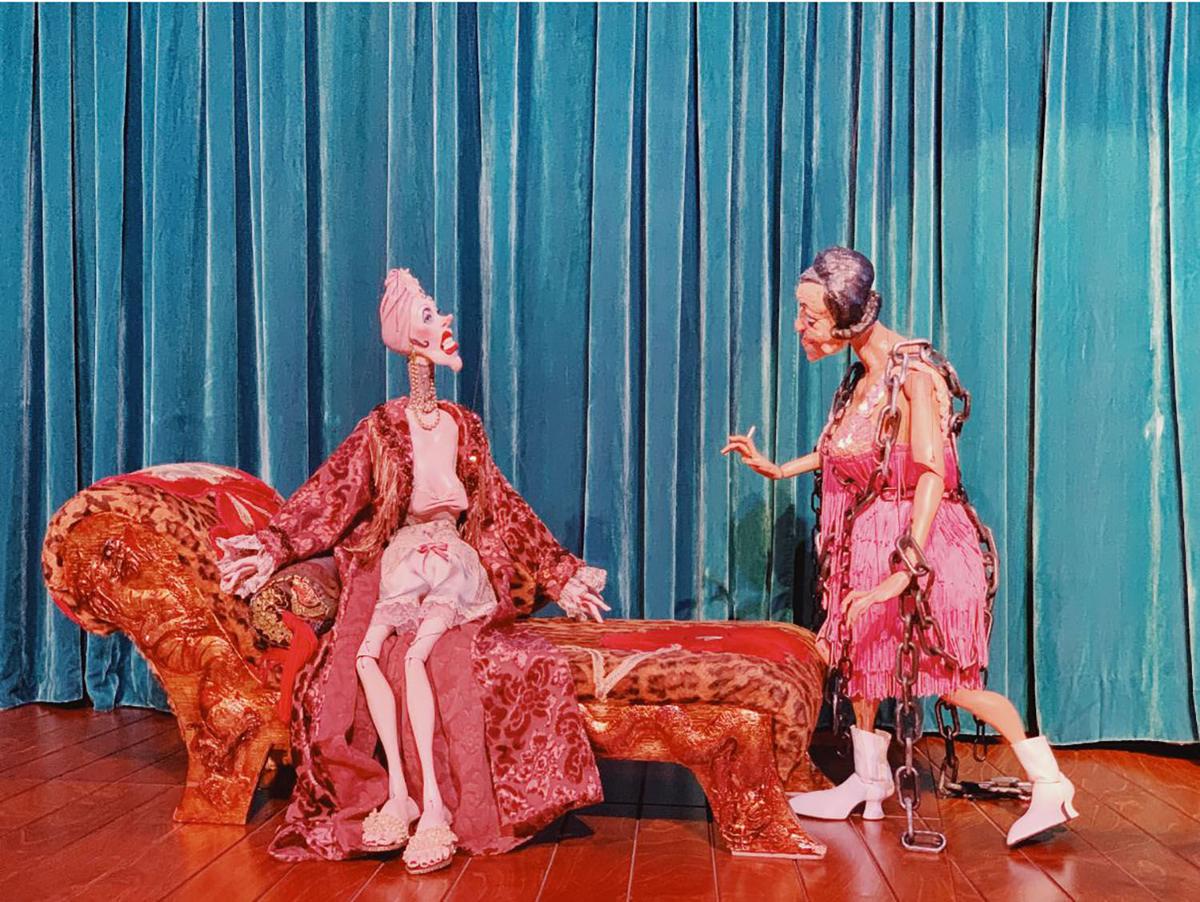 Esmé Massengil as Scrooge and Rosemary Focaccia as Marley.

Ronnie Burkett with the cast of Little Dickens, which is loosely based on Charles Dickens’ A Christmas Carol.

Esmé Massengil as Scrooge and Rosemary Focaccia as Marley.

I never thought a puppet cabaret strip tease was something I needed in my life, but the opening night of Ronnie Burkett’s sensational Little Dickens at the Centaur Theatre proved me so, so wrong.

Loosely based on Charles Dickens’ A Christmas Carol, Little Dickens is the Daisy Theatre’s newest puppetry adaptation. You can expect the three ghosts and a strange version of Tiny Tim, also known as Little Schnitzel, but not much else. Keeping with their brand, the show is two hours of song, dance and naughty hilarity all performed by Burkett and his intricate little marionettes on a custom built stage.

Not for the faint of heart, Burkett pushes all the boundaries he possibly can with his wild and wacky characters. The show’s lead is Esmé Massengill, a crotchety old dame who lived the life of a famous actress from the 1920s onwards. Like the original Scrooge, Esmé is visited by three ghosts — one of whom is a retired burlesque dancer from Regina, the other a drama teacher from rural Alberta — who show Esmé the cruel life she’s led and the Canadian actors she’s snubbed along the way.

The puppets, which are crafted to match their eccentric personalities, are designed by Burkett and made of aspen wood and papier-mâché pulp. Each little marionette is clad in a period appropriate costume by designer Kim Crossley. Their goofy smiles, big hips or rosy cheeks give an exaggerated impression that compliment Burkett’s outlandish comedy routines.

Audience participation is a must, but don’t be afraid, Burkett takes good care of all his victims. Opening night featured a very muscular audience member being called up onstage and asked to take his shirt off with cheers from the crowd, put on a Santa hat and jingle some bells along to a hilarious version of a Christmas classic. It was a beautiful sight to see.

Burkett and his puppets constantly break the fourth wall, yelling out to the audience to sing louder or laugh harder. It’s a show unlike any other I’ve experienced, where you feel like you’re on a once-in-a-lifetime two-hour-long rollercoaster, and you can’t get off because there’s no intermission and if you get up to go to the bathroom you’ll miss some of the best theatre you’ll ever get to experience. It felt as if we were all in it together, as a community, and the ridiculousness of it brought us even closer.

Little Dickens is a treat. Sexy, provocative, and wonderfully Canadian, this show is not to miss. Just don’t bring your grandmother — or if you do, make sure she has a stiff drink first.