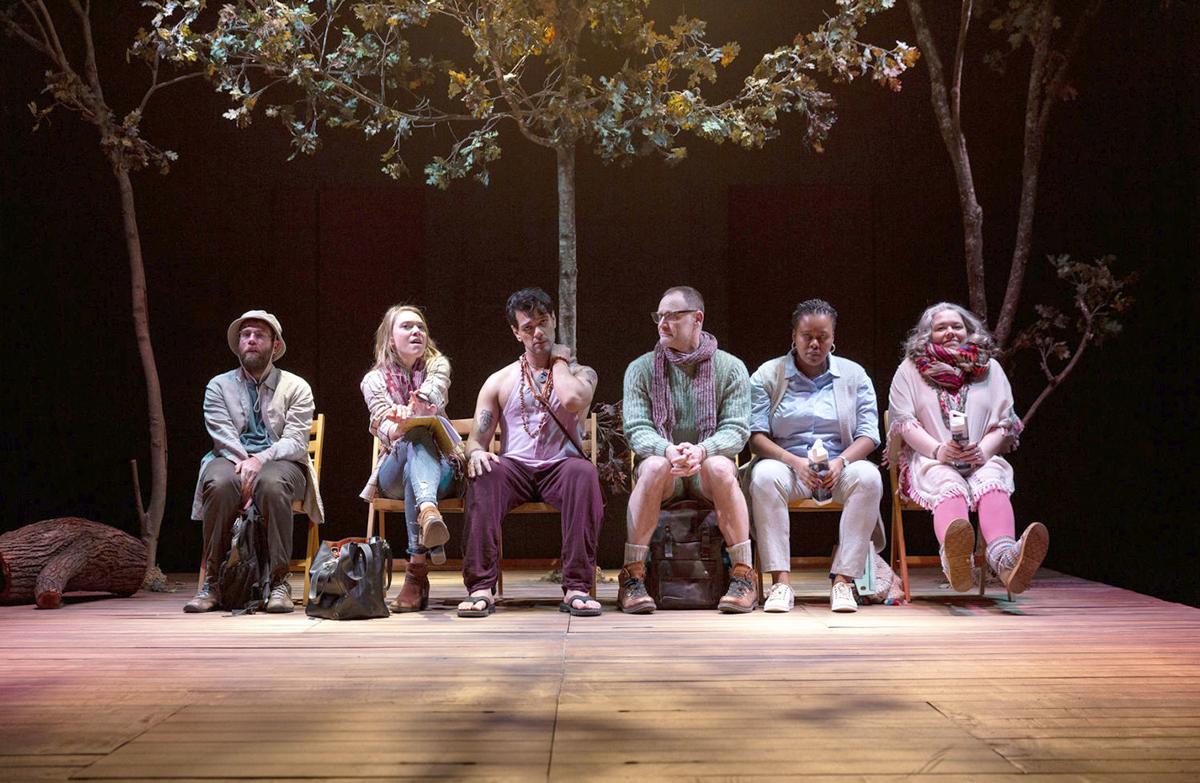 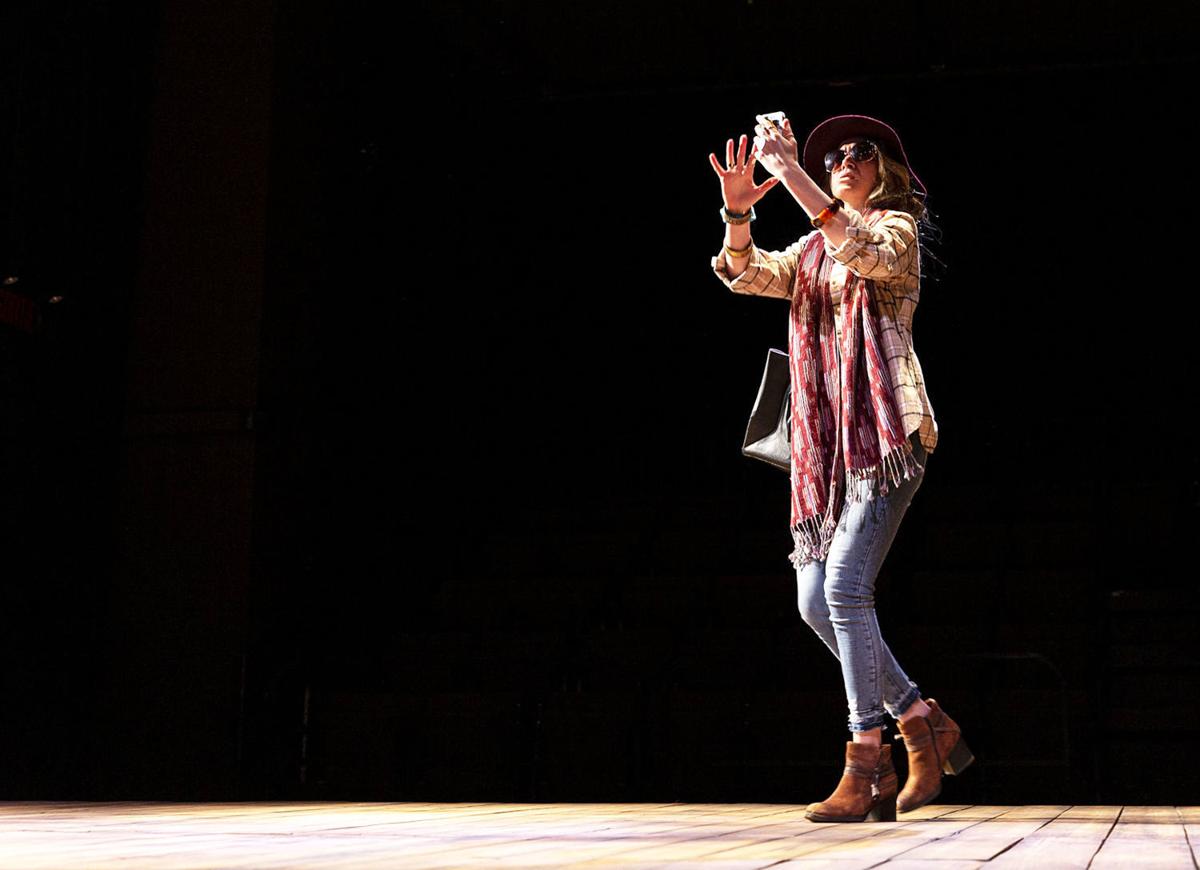 The Segal Centre has come up with another most unique production with the Montreal premiere of Small Mouth Sounds, which kicked off Feb. 9 and runs until March 1. It is being presented inside the smaller Segal Centre Studio, which has been reconfigured runway style with the 160 seats evenly divided on both sides.

The storyline here revolves around six stressed-out city dwellers who escape the hustle and bustle for a five-day silent retreat in the quiet of the woods. Set designer Bruno-Pierre Houle and Director Caitlin Murphy really outdid themselves, working with the in-house construction crew at the Segal Centre which assembled a set of wooden planks to form a stunning stage. They brought in four trees from a forest and decorated them with custom-made leaves, which look like the real thing. There are even some tree stumps. Music and sound composer Rob Denton chimed in with some great nature sounds.

“The characters in this show are supposed to be suspended in time for a few days in the country,” said Houle. “We wanted the scenery to represent that.”

The actors found their roles most challenging, forced to see what it might be like to only communicate via non-verbal actions and abstain from the use of any technology.

“I do find it hard to believe people actually do this because you have to fight all of the instincts for any mode of communication,” said Gagnon. “The title is ‘Small Mouth Sounds.’ You cannot help but make small noises or laughter and it can just so easily get away from you and suddenly you are talking. Adhering to those rules is really hard.”

Added Jestadt, who has performed several times at Stratford: “I think it would be really terrifying to do this in real life. I would be very scared to go on a silent retreat; to be stuck with your thoughts, you can just go down a horrible path.”

Jestadt believes audiences will be drawn into this production. “As a viewer you cannot be so passive or you will miss a lot,” she said. “It is our job to guide them and make everything clear.”

Segal Centre Artistic and Executive Director Lisa Rubin says she has another winner on her hands.

“This quiet and surprising gem of a show serves as a reminder of the magic of live theatre and the unique relationship between the actors and the audience,” she notes. “It’s unlike any show you’ve seen before.”

The show runs 90 minutes without any intermission. For more details call 514-739.7944 or log on to www.segalcentre.org