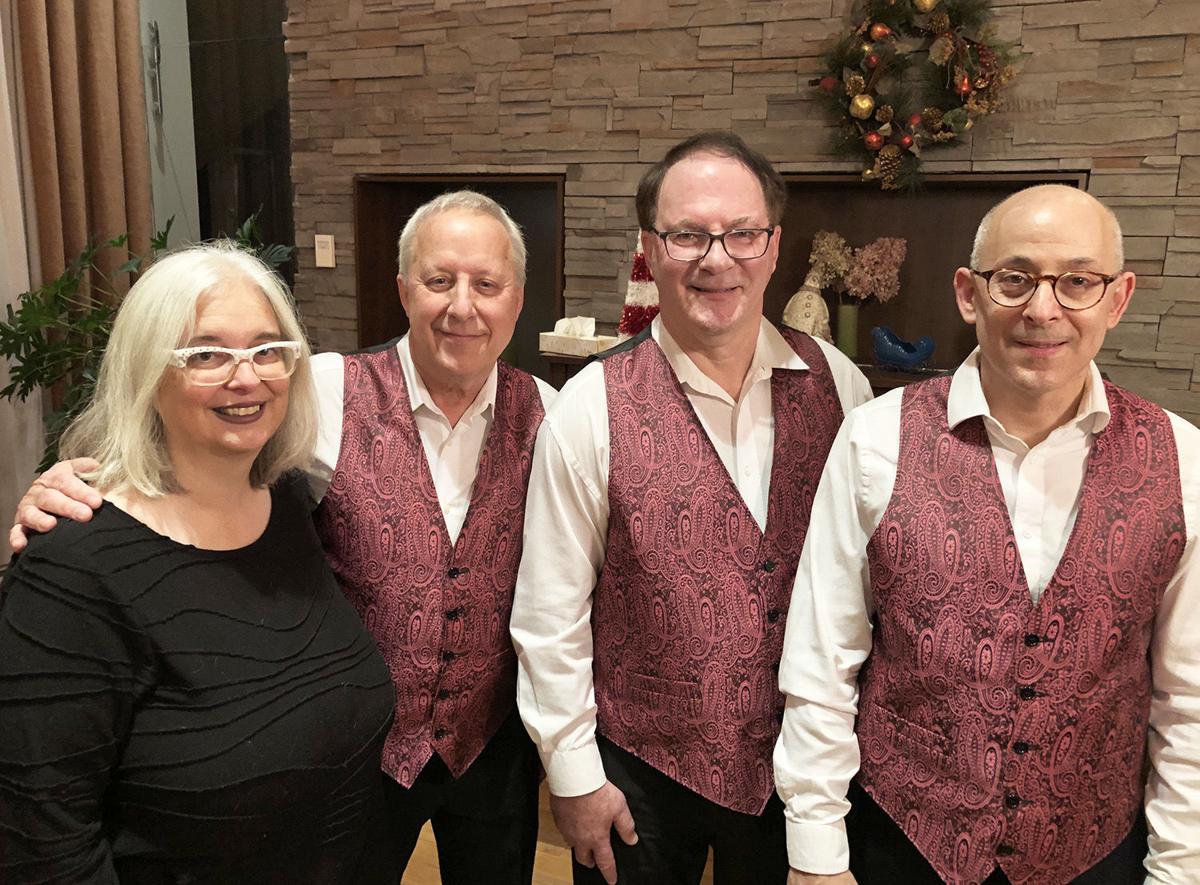 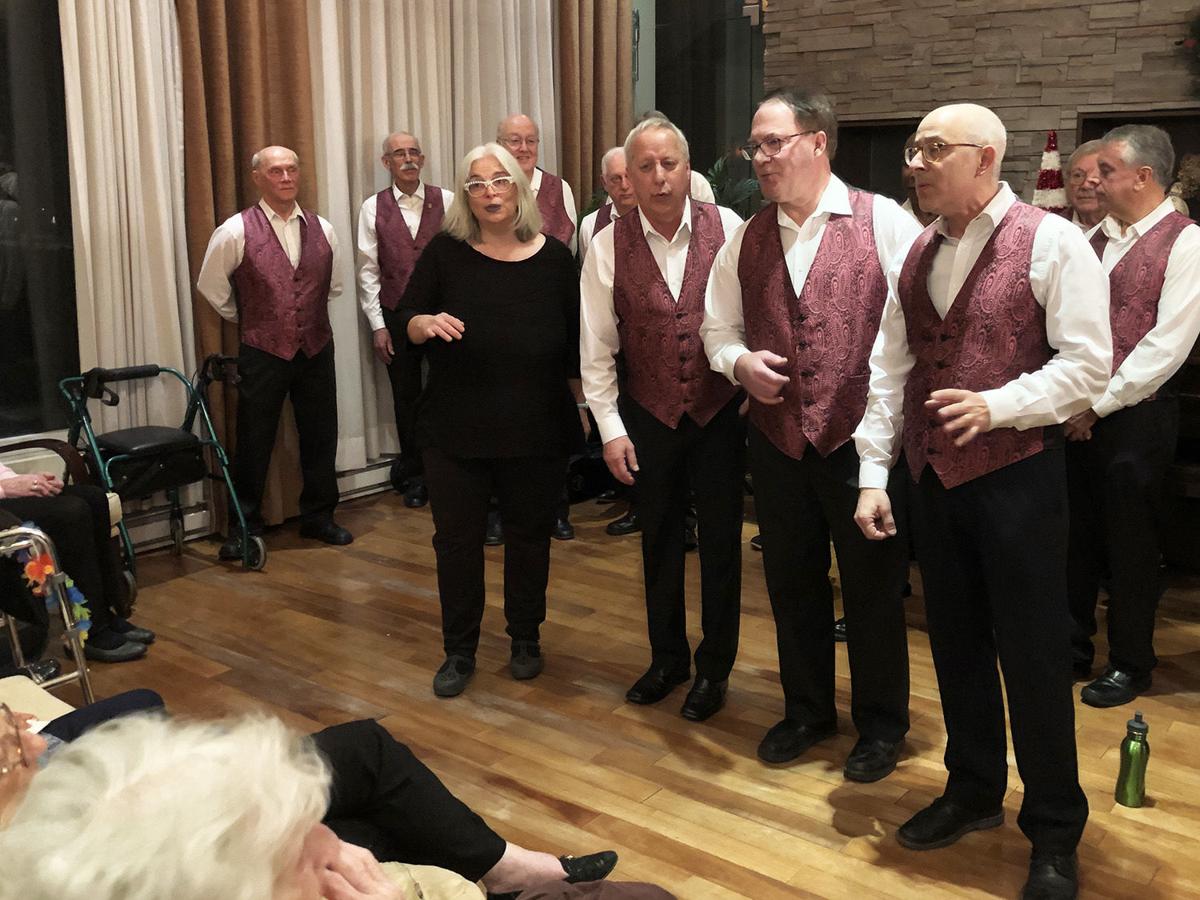 The Cold Snaps during a recent performance of the Island City Chorus at Le Château Royal retirement residence in Dollard-des-Ormeaux.

The Cold Snaps during a recent performance of the Island City Chorus at Le Château Royal retirement residence in Dollard-des-Ormeaux.

The breathtaking power of the human singing voice is a wonder to behold when you are the sole witness to a barbershop quartet performing a song in an elevator. The Cold Snaps are a groundbreaking foursome of barbershop singers that features a female tenor blended with three male voices, and their personalized performance of I’m Feeling Fine was a unique and unforgettable experience.

Berel Weiner is a retired schoolteacher who sings bass and has been with the group the longest. He feels that the addition of Chantal Paré to the quartet’s lineup makes the current edition of the Cold Snaps the best one yet, a sentiment that is shared by lead singer Bob Ebers and baritone Peter Luks.

“We’re the best version that I’ve ever been part of,” Weiner said after a recent performance at Le Château Royal retirement residence in Dollard-des-Ormeaux. “We seem to be able to blend our voices better. You don’t hear individual voices, rather you will hear one solid sound. And that I did not get from the other quartets. We were pretty good. We got a lot of compliments from our audiences. But now barbershoppers give us compliments. So when barbershoppers tell you that you’re darn good, that’s really nice.”

“It’s amazing because the barbershop society for 100-and-something years has been all male and really just opened the door up to women,” Luks said. “And this is the beginning of mixed singing. It’s wonderful as far as we’re concerned. We love having a woman in the mix. Chantal sings the highest part and there are not very many men that naturally sing that high. And even though there are some that do, they strain their voice a little because it’s a little too high. Because of the fact that it’s in her normal range, I find it really makes a nice sound together. There’s no doubt that having men and women together, it makes some really great sounds.”

Paré is a retired molecular biologist who “switched gears in mid-life” to become a stained glass artist and graphic designer.

“There are very few things nowadays that are segregated between men and women, and there’s a certain rationale to do it because of the voices,” Paré said. “But you have several societies for barbershop — some are all female; some are all male — and the largest male one has made the decision to bring women in. And there are some people that are kind of holdouts. They feel that they’re losing that traditional four-man barbershop sound.

“But overwhelmingly, men are enjoying having more people to sing with, larger choruses, larger organizations, a greater variety of sounds. If you go to a competition or a show you may enjoy four male voices, but if you throw in a quartet or a chorus that is mixed or has only women in the mix, it’s just more variety. So I think after the initial resistance is going to be eroded it’s going to be much more widely accepted and embraced.”

Ebers, who is a flight simulator instructor, is out front singing the melody. He used to host a barbershop radio program and has served as the chairman of public relations for the extensive public relations work for the Barbershop Harmony Society, which is based in Nashville, Tennessee and has more than 20,000 members in 700 chapters throughout Canada and the United States.

“The blend of our voices is the best I have ever sung in all the time I have been barbershopping,” Ebers said. “The quartet brings out the best in me and when I see the faces of those who we perform for it makes it all worth the hard work.”

Cold Snaps performed on the Radio-Canada TV show Au suivant in September and all of its members sing with the Island City Chorus.