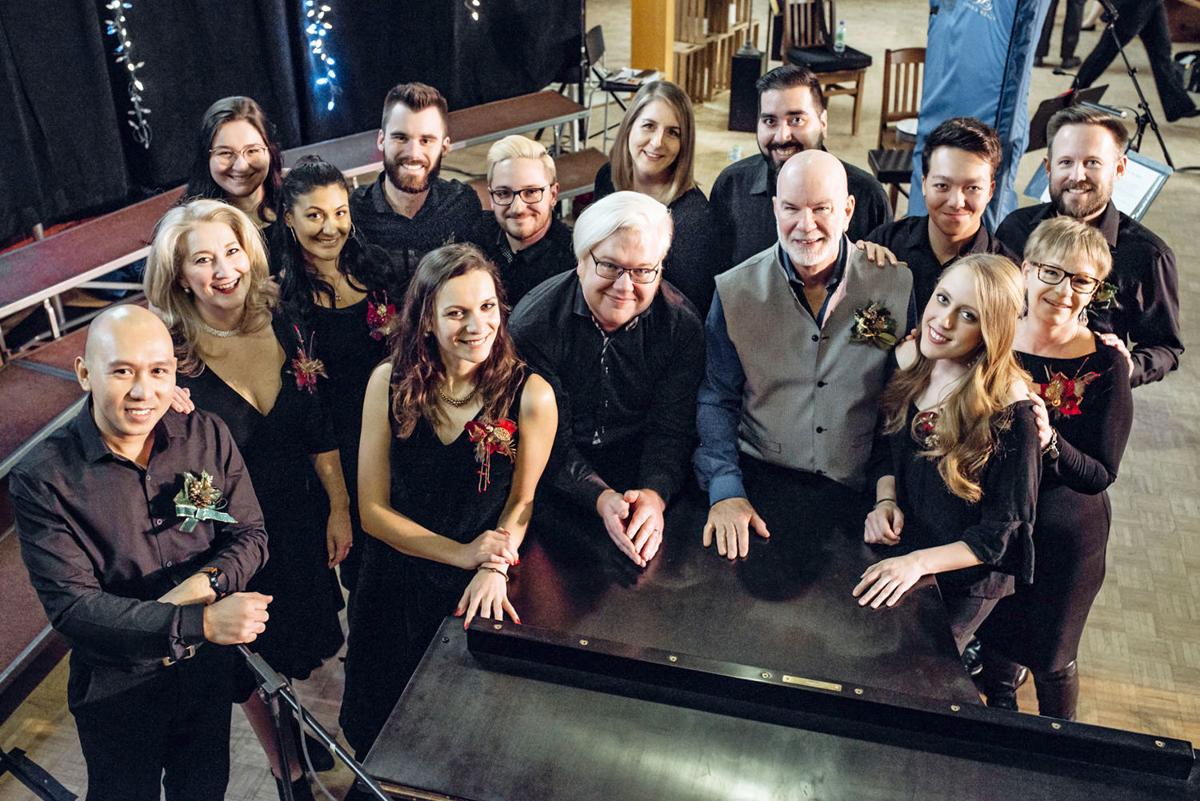 Chad Linsley and Bob Bachelor, front row third and fourth from the left, with some of the Lyric Theatre Singers. 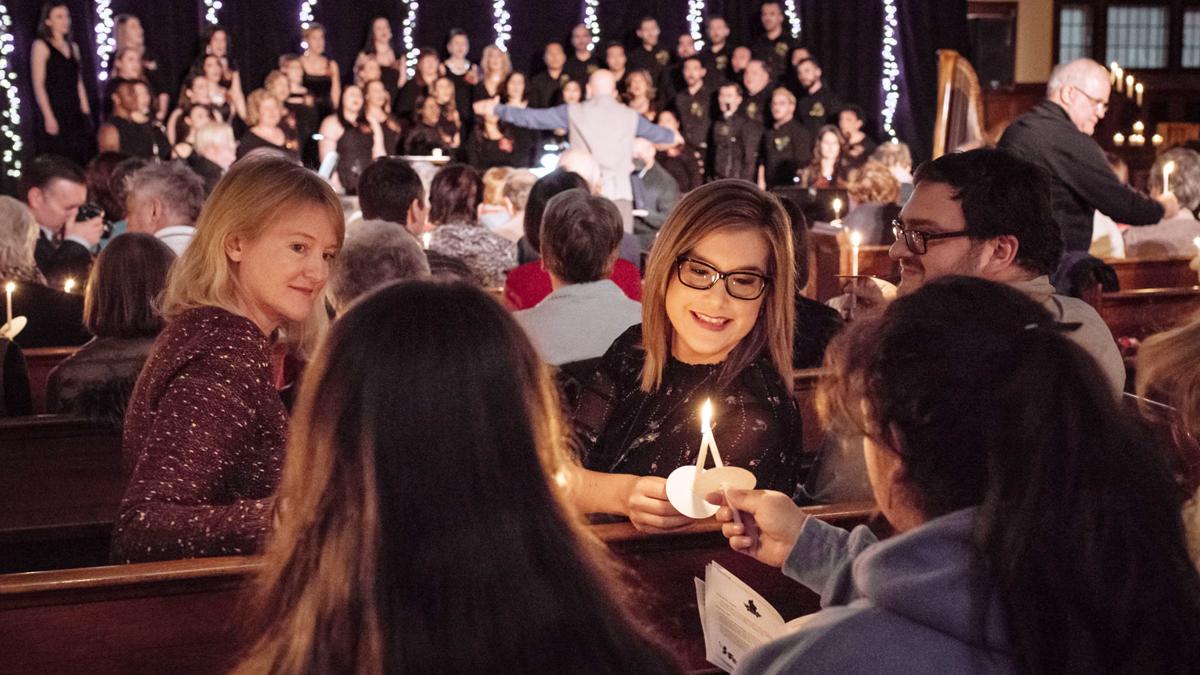 Audience members lighting candles is one of the highlights of each holiday show.

Chad Linsley and Bob Bachelor, front row third and fourth from the left, with some of the Lyric Theatre Singers.

Audience members lighting candles is one of the highlights of each holiday show.

The Lyric Theatre Singers are big on tradition and in keeping with that, their annual holiday concert series will take place with four performances December 5 to 8 at the Loyola Chapel (7141, Sherbrooke Street West) of Concordia University. Entitled Candlelight Christmas 2019, the shows will feature jazz, classical, pop and Broadway-style interpretations of holiday music from various parts of the world and in four different languages. Long-time singer and music librarian Martin Kaller steps into the role of Assistant Musical Director to Bob Bachelor.

The Lyric Theatre Singers serve as the home for many talented local performers and newcomers to the city who are seeking an opportunity to showcase their musical chops. Although he has lived in the city for two decades, pianist Chad Linsey does fall into that category. A native of Saskatchewan, he started to play the piano at the age of three. This will mark his fourth show with Lyric. By day he teaches jazz piano at Vanier College in St-Laurent, coaches students from McGill University’s music conservatory and is involved with Concordia University’s Jazz Choir.

“Lyric is essentially a multigenerational family bound together by a deep love of performing musical theatre,” says Linsley. “When you love something that much, you can’t help but share it with as many people as possible. It’s this kind of energy I get to experience once, twice, sometimes three times a week in our rehearsals that I want our audiences to be part of.”

Linsley moved to Montreal to study at McGill in 1998 where he played, toured, and recorded with the McGill Jazz Orchestra. Among numerous concerts and recordings, he traveled to China with Juno Award-winning drummer Jim Hillman and bassist Brian Hurley. In 2009, he performed at the Montreal International Jazz Festival and was nominated for the General Motors Grand Jazz Award and the CBC Galaxie Rising Star Award for his debut album of original compositions entitled Slideshow. His recent work as an educator has earned him a teaching award from McGill’s Schulich School of Music and he has been a course lecturer at Brandon University. Based in Montreal, he is a sought after soloist, sideman, arranger and studio accompanist for Juno award-winning singer Ranee Lee.

“At the beginning of the season, we rehearse once a week,” he explained. “After an intensive weekend rehearsal retreat to Orford, we then went to two rehearsals a week. In the weeks leading up to the concert, we add Sunday afternoon rehearsals. As the band and technical elements of the show are added, we rehearse every evening the week of the concert.”

There will be 40 singers on stage. A highlight of this program is when members of the audience light their candles in unison.

“Loyola Chapel is a beautiful space and the singers fill it with both energy and intimacy,” he notes. “I especially love the transition I get to make from rehearsal pianist to band member as the singers take their music off the page and are then joined by these truly wonderful musicians. For me, that’s where the magic really begins.”

Linsley is joined by lighting design specialist Amber Hood, Sheila Hannigan on cello, Tim Malloch on flute, Robin Best playing the har and Peter Colantonio on both percussion and keyboards.

For ticket information call 514-743-3382, log on to www.thelyrictheatre.ca or email lyrictheatreboxoffice@gmail.com