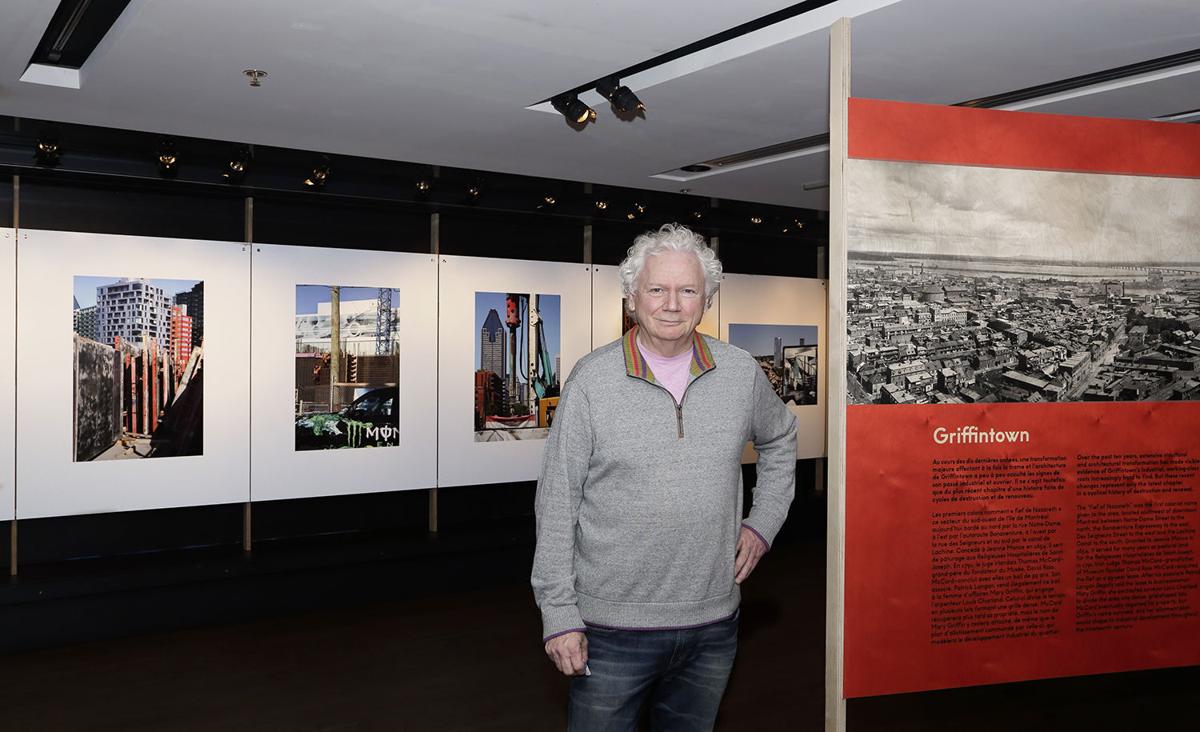 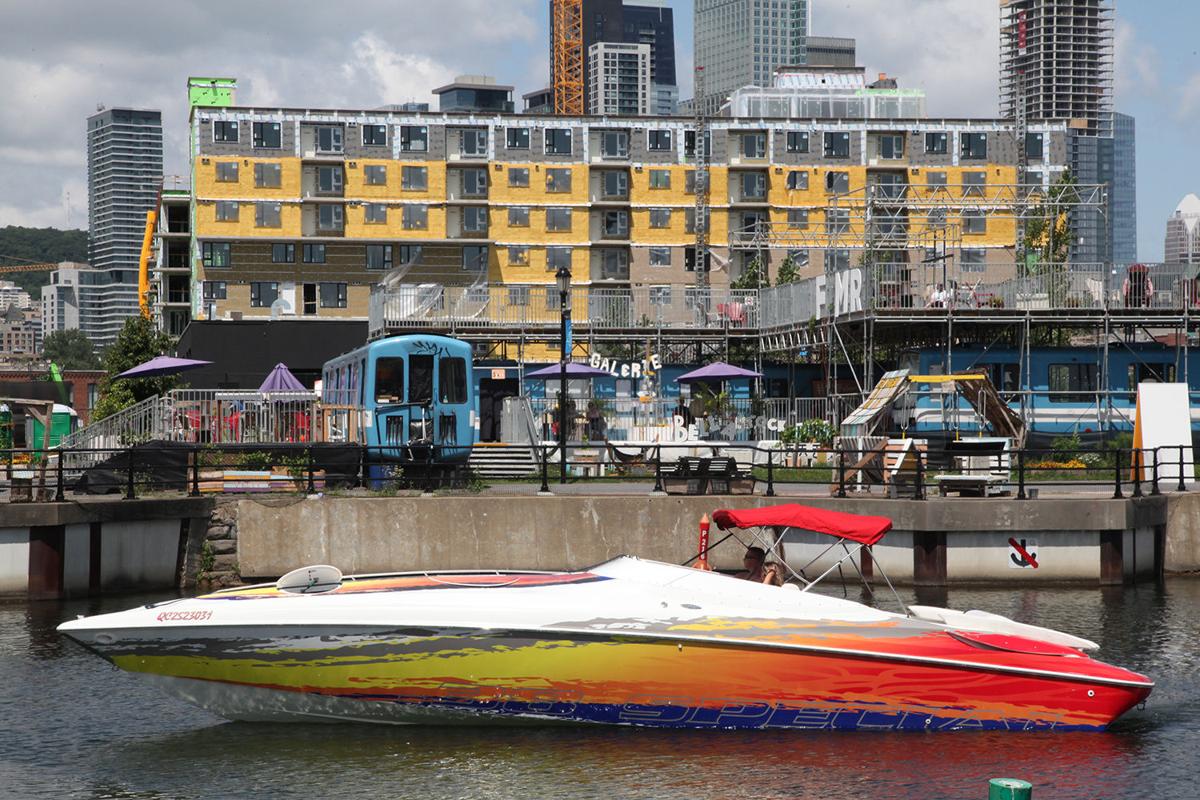 In an exhibition at the McCord Museum that will run from February 7 to August 9, celebrated Montreal street photographer Robert Walker takes viewers on a tour of Griffintown. An invitation to reflect on the relationship between frenzied real estate development and the preservation of our built heritage, Griffintown – Evolving Montréal showcases works drawn from the first photography commission under the Evolving Montreal program, set up by the McCord to document Montreal neighbourhoods undergoing rapid transformation.

Some 20 large-format prints, along with the projection of another 100 or so, including photos from the McCord’s collection, are featured in the exhibition. With his colourful shots from 2018 and 2019, Robert Walker prompts us to take a step back as we observe this Montreal neighbourhood marked by radical changes to its urban fabric. Through his lens, Griffintown becomes a screen on which past and present clash in a maelstrom of colours, shapes and patterns. From this strange blend of the remains of a working-class, industrial district and contemporary buildings designed for the well-off, the new face of Griffintown, one of Montreal’s oldest and most storied neighbourhoods, is emerging.

“We are pleased to launch our new initiative Evolving Montreal with Robert Walker. With his unique artistic insight, he has responded brilliantly to our request to document a changing Montreal neighbourhood, and visitors will be awed by his photographs, which show us Griffintown from a new perspective. At the same time, Evolving Montreal will enrich our photographic collection by recording the changes to various Montreal neighbourhoods over the years, while also promoting documentary photography,” said Suzanne Sauvage, President and Chief Executive Officer of the McCord Museum.

Born in Montreal in 1945, Robert Walker graduated in visual arts from Sir George Williams University in the late 1960s. It was not until 1975, after attending a workshop given by American photographer Lee Friedlander, that Walker adopted street photography as his mode of artistic expression. Wanting to break away from the black and white trend, he turned to colour, which was considered less «artistic» at the time. In 1978, he moved to New York City where he pointed his lens

at Time Square on numerous occasions for almost 10 years. He contributed to various publications, including Color is Power (Thames & Hudson, 2000), in which he published street photographs taken over three decades in Montreal, New York, Warsaw, Paris, Rome, Toronto and Provincetown.

“I found Griffintown to be a beehive of colourful activity. Demolition shovels, construction cranes, pile drivers, cement mixers, dump trucks, all dramatically highlighted against the dramatic background of the Montreal cityscape. The Transformation of Griffintown turned out to be an exhilarating and challenging project” says Robert Walker.

The exhibition was curated by Zoë Tousignant, historian of photography.

To document Montreal’s ongoing urban transformation and promote documentary photography, over the next three years the McCord Museum will be commissioning some well-known local photographers to explore the changes occurring in a neighbourhood of their choice. This program has been made possible thanks in part to funding from the Conseil des arts de Montréal.

CULTURAL ACTIVITIES ON THE SIDE OF THE EXHIBITION

Between the abandoned factories and decrepit buildings of Griffintown is Montreal’s oldest stable, the last remnant of a bygone era. Like an urban tale, this documentary invites us to reflect on the meaning and value of our cities’ intangible heritage.

The Photobook Club Montréal invites photography enthusiasts to join the discussion group that has the city as its photographic subject for this edition.

In conjunction with the exhibition Griffintown, Robert Walker will speak with Hélène Samson, Curator, Photography at the Musée, about his long photographic practice that has taken him from Montreal to Warsaw and New York.

The McCord Museum and Héritage Montréal offer a discussion on the recent transformation of this neighbourhood.

Sorry, there are no recent results for popular images.